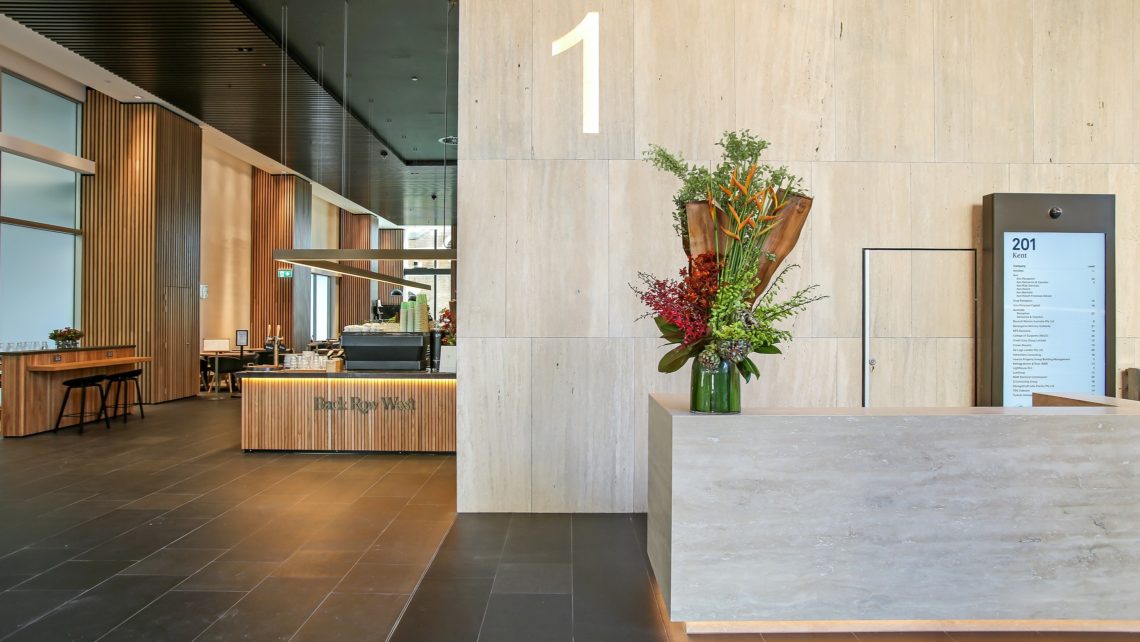 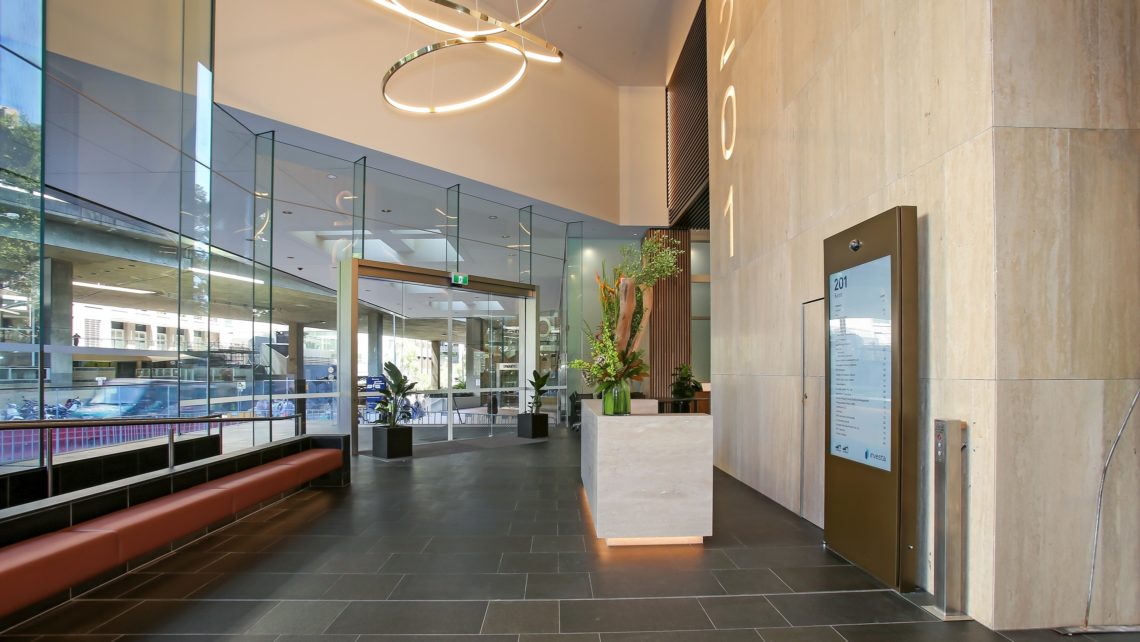 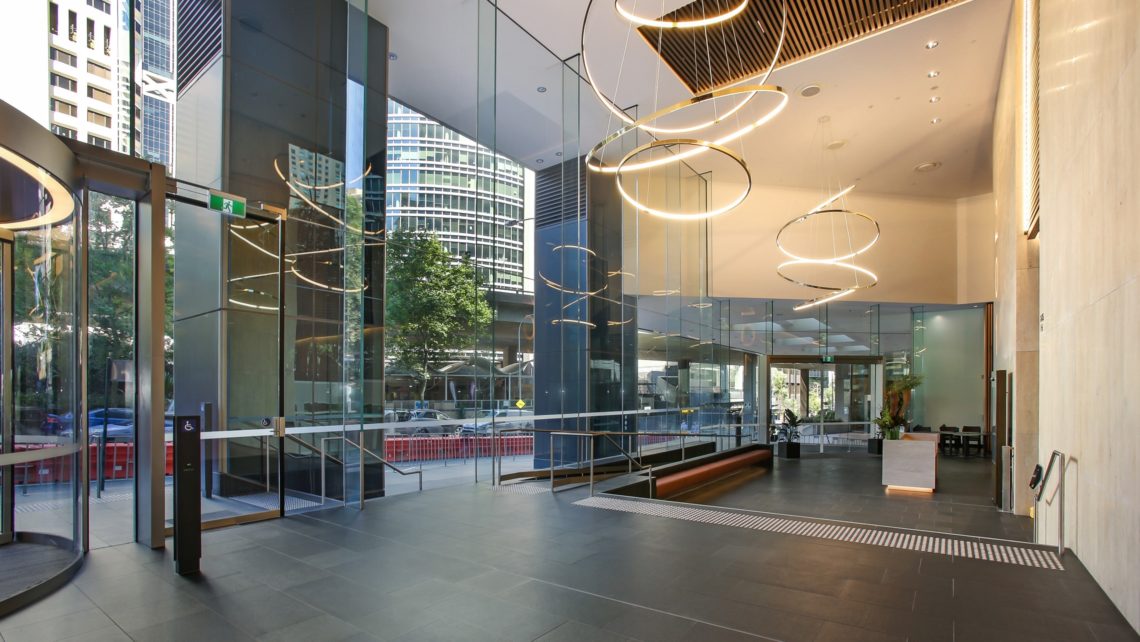 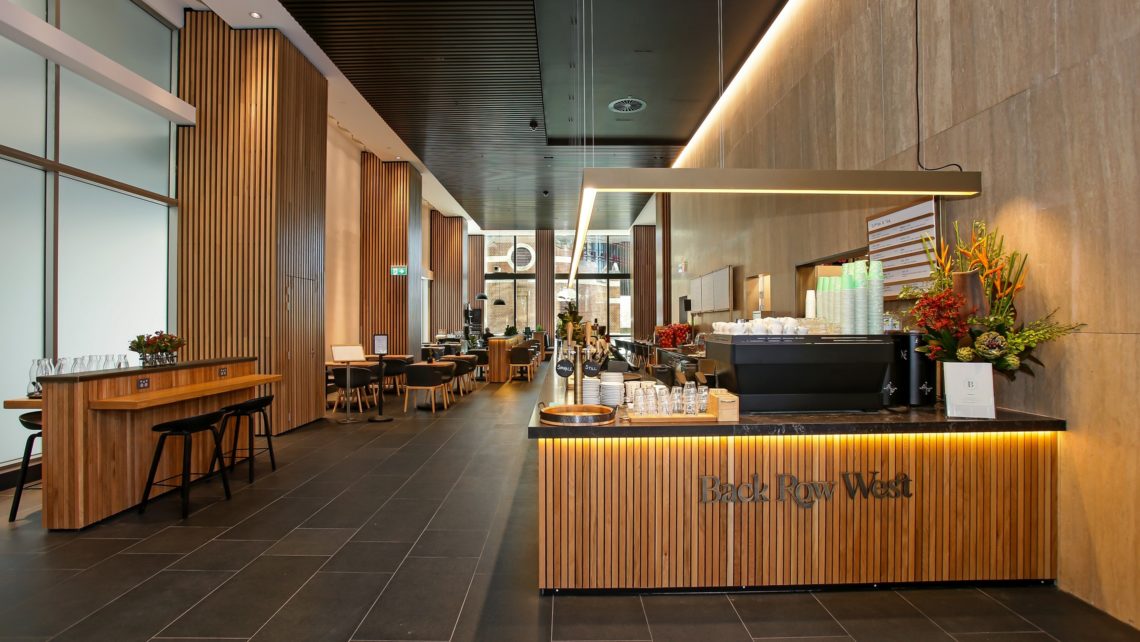 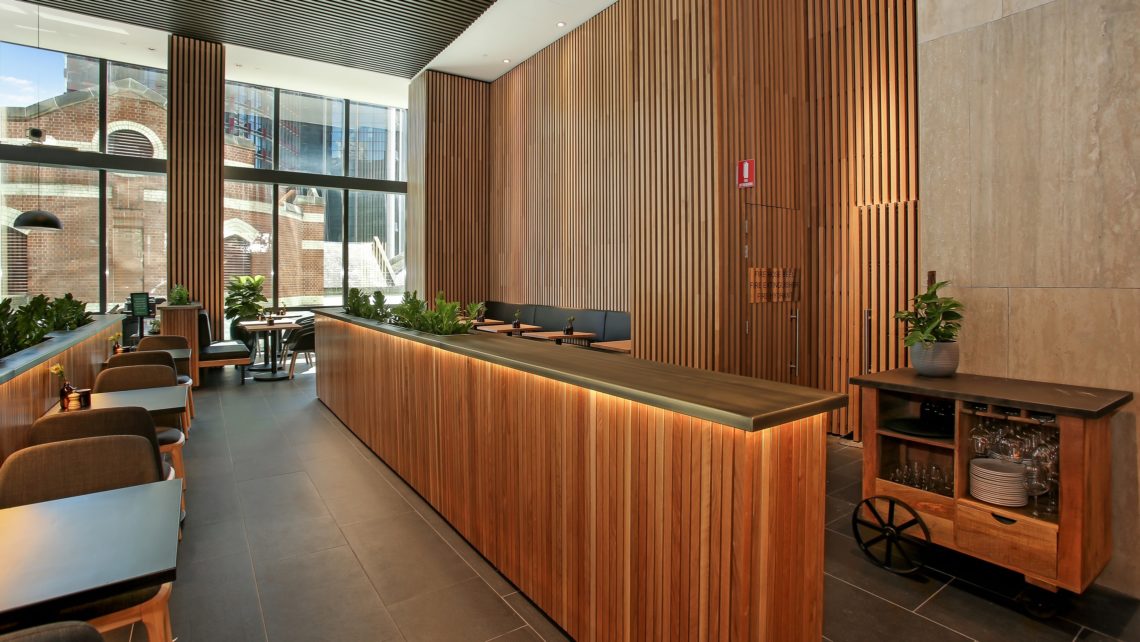 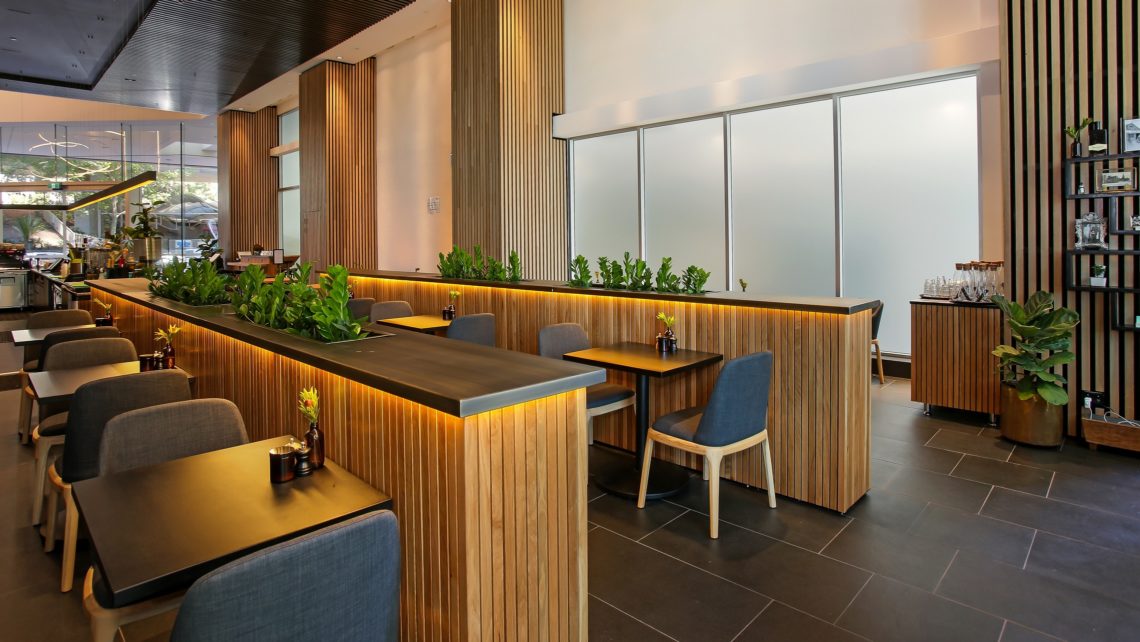 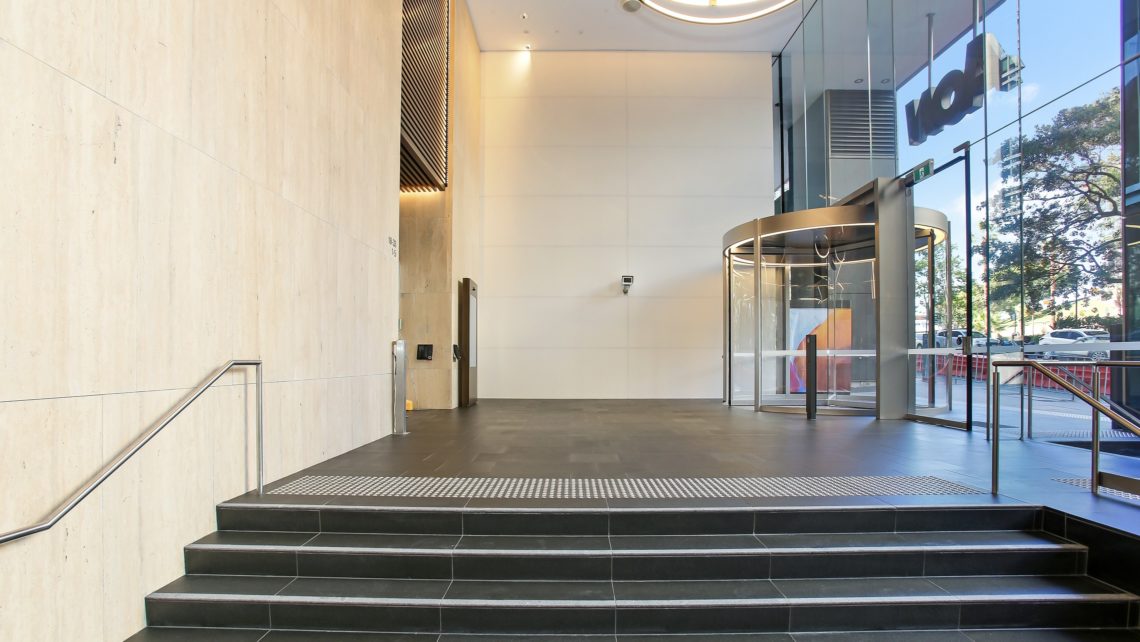 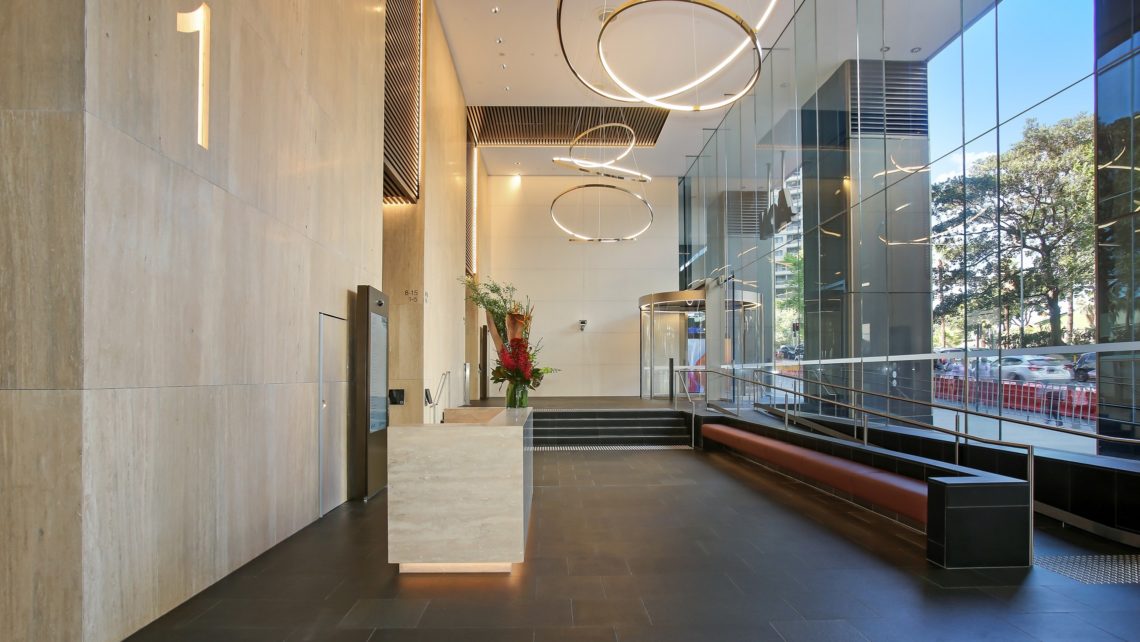 201 Kent Street, constructed in 1988, has spectacular views over Darling Harbour and the Sydney CBD. This A-grade building offers over 40,000m2 of NLA, is conveniently located within a short walking distance to Wynyard train and bus stops, and the newly constructed dining and entertainment attractions of Barangaroo, and houses significant tenants such as AON and ARUP.

Investa recognised an opportunity to create value in the building by upgrading the street presence and ground plane, within the context of its wider surroundings, while activating the foyer with a new cafe and plans for a new co-working space.

EVC was appointed by Investa, as Development Manager and Project Manager, to manage the upgrade of the original lobby design, which included:

The key features of the upgrade included: 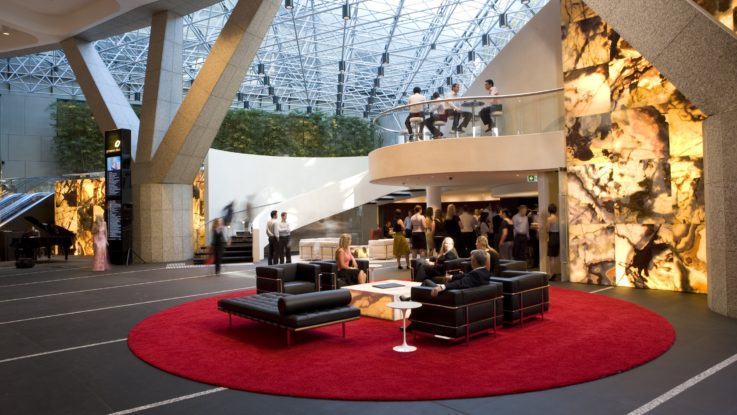 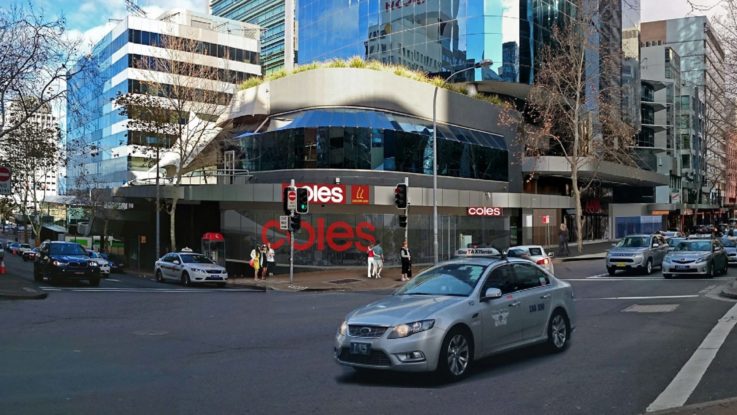 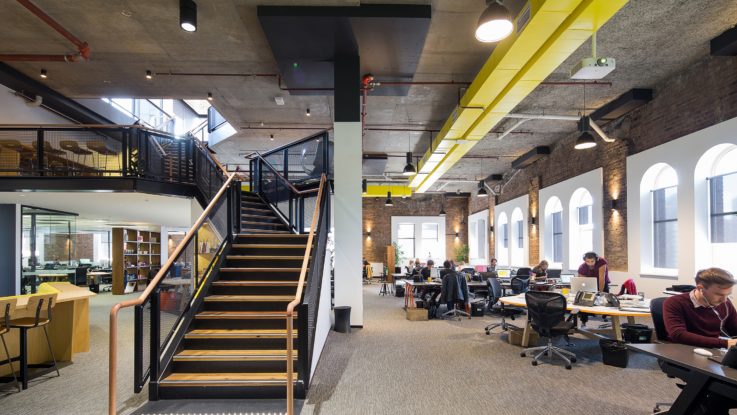 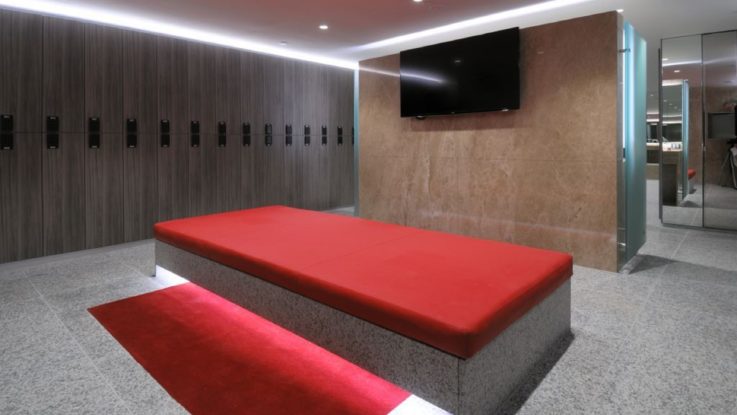 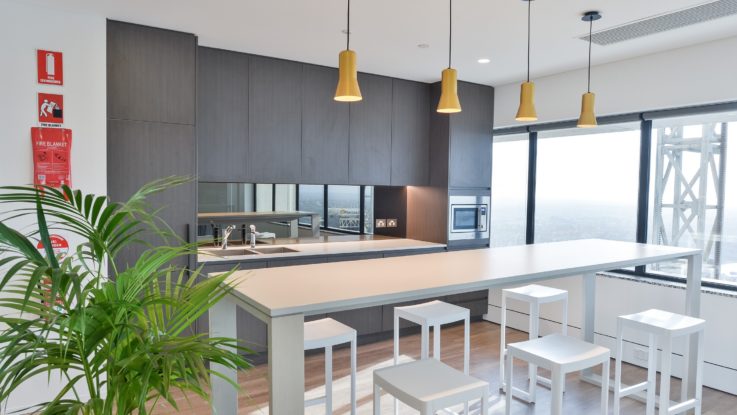 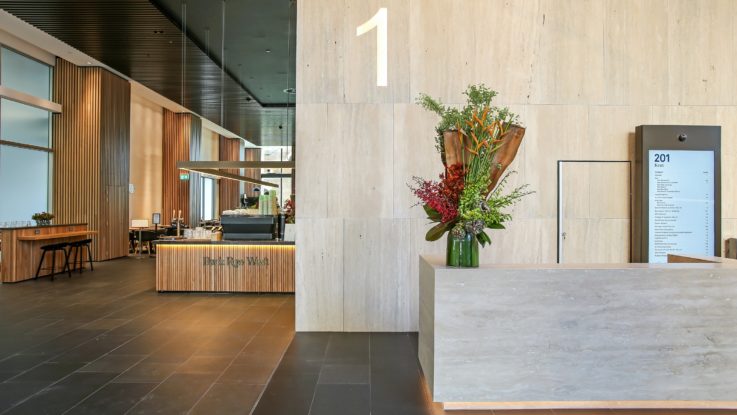 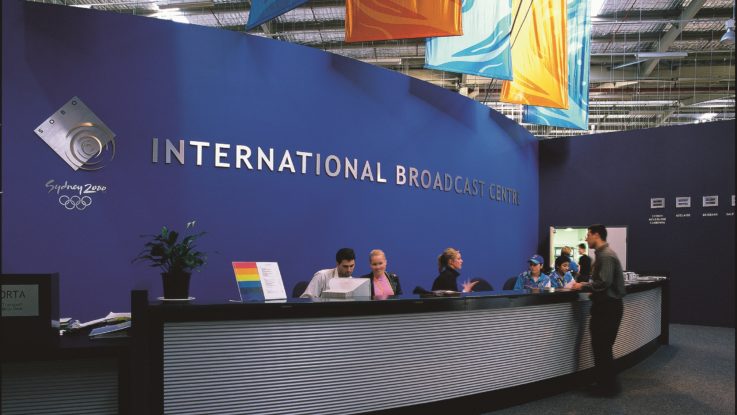 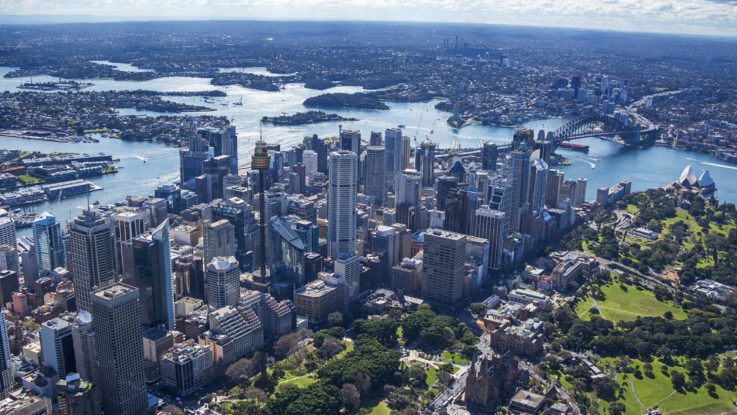